The popular silverback Mugaruka has died after a short illness 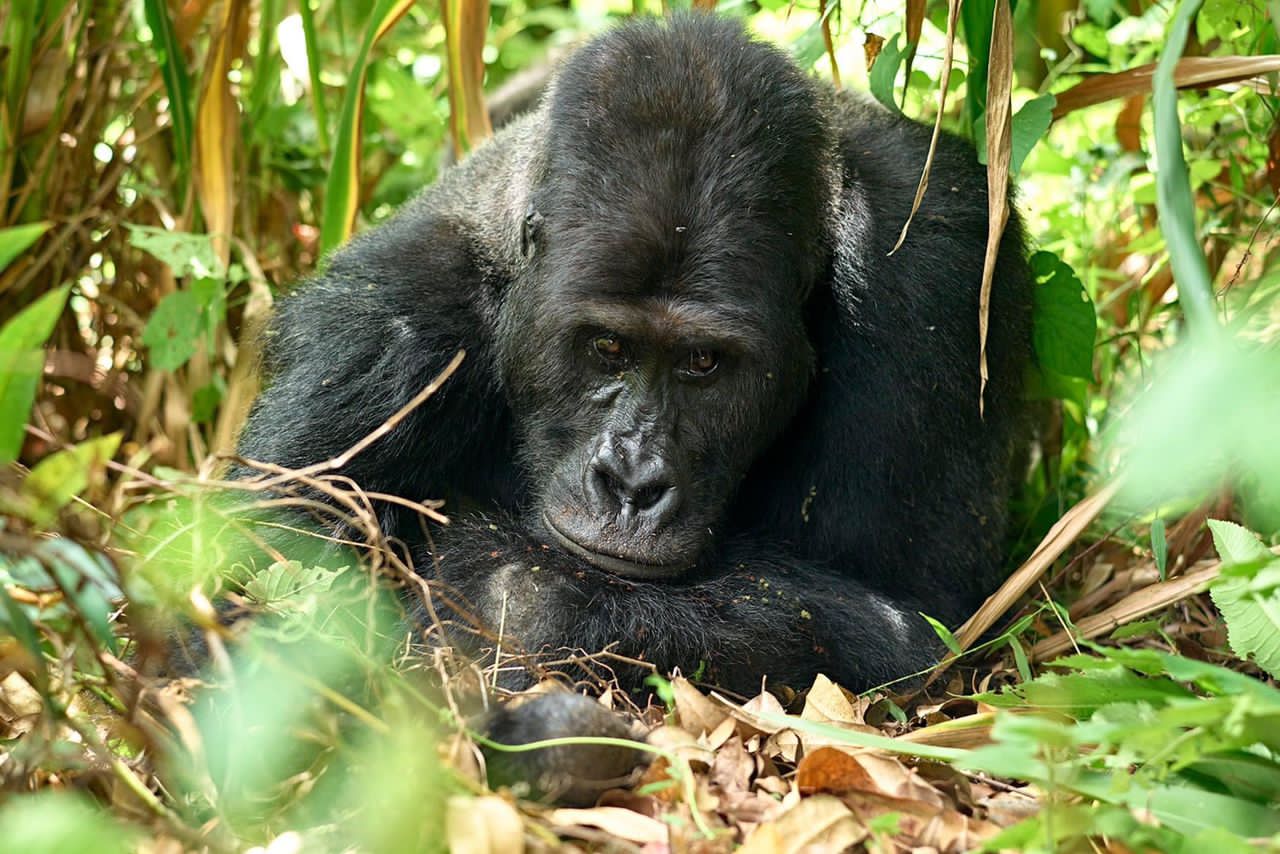 Rangers working in the Kahuzi Biega National Park are in mourning after the sudden death of silverback Mugaruka. The eastern lowland gorilla died at the age of 35 after a short illness.

Mugaruka was one of the best-known and most-loved of all the gorillas living in the Tshivanga section of the National Park. As an infant, he got caught in a poacher’s snare. While rangers managed to rescue him, he lost his right hand. As a result, he was unable to attract any females and always tried to avoid contact with adolescent males.

Despite spending most of his time alone, Mugaruka was sociable. He would regularly visit the ranger station at Tshivanga, and he was known to forage on the farmland surrounding the National Park. The local communities tolerated his wanderings as he preferred snacking on tasty herbs to eating crops, and they would provide rangers with updates on the silverback’s whereabouts and wellbeing. Mugaruka was also popular with tourists visiting the park.

Gorilla Organization Director Jillian Miller says: “We are all deeply saddened to hear of Mugaruka’s death. His was a story of hope and determination, and proof of why gorilla rangers are so important. If young gorillas are protected and supported, they too can live happy and long lives like Mugaruka.”

Help keep the next generation safe by adopting a gorilla. Raha is one of fewer than 1,100 mountain gorillas left in the world today. And for him, every day brings danger, from poachers’ snares to militia fighting to control the gorilla habitat. For just £4 a month, you can help keep Raha safe and help him grow into a silverback who will one day lead his own family.