On World Gorilla Day 2021, an incredible 24 infant gorillas will be given names at the Kwita Izina celebrations in Rwanda.

As we reported in the latest edition of Digit News, there has been something of a gorilla baby boom over the past year. Now, those infants born to groups living in the Volcanoes National Park will be given names in a special ceremony that has been taking place for more than 30 years.

In past editions of Kwita Izina, the Gorilla Organization has had the honour of naming babies – both Director Jillian Miller and Chairman Ian Redmond have taken part in the celebrations. This year, the special duty will be performed by the rangers and trackers who have kept the gorillas safe over the past year, as well as virtually by members of Arsenal Football Club. 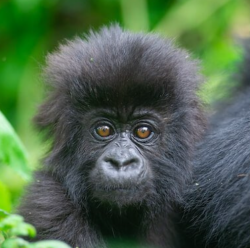 The record-breaking Pablo group – once reaching 65 members in size – welcomed its latest youngster in July 2021. Ishema, the 17-year-old dominant female of the group, gave birth to a male, her second baby. Both mother and baby are doing well and the baby is often seen riding on his mother’s back. The birth of Ishema’s second baby was especially warmly welcomed by rangers. Back in 2011, they needed to carry out an emergency rescue operation after she got caught up in a rope snare left on the forest floor by poachers. 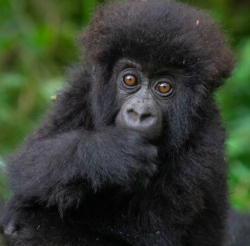 Headed by the silverback of the same name, the Muhoza group is one of the fastest-growing mountain gorilla groups in all of the Virungas. Formed in 2016, it welcomed its 12th member at the start of this year when adult female Inkubito gave birth to an infant boy. Since the Muhoza Group is habituated, rangers have been able to get very close to mother and baby and confirm that they are doing well. With two other infants in the group, the new arrival will have a pair of young playmates to help him explore and develop. 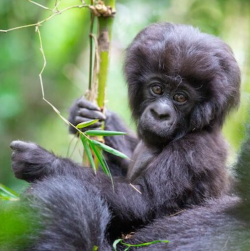 In June 2021, adult female Munezero gave birth to a male infant, further strengthening this growing group. The new addition will be well looked-after: Munezero has experience raising an infant and will have the support of several other females. And silverback Agashya is famous for his protective nature. If he feels threatened or unnerved by too many people, he will lead his group high up into the forests towards the top a volcano. While this may make it hard for tourists to observe the group, rangers regularly check in on them and report the new infant is thriving. 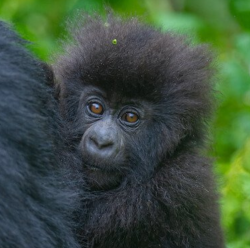 One of the oldest babies being named this year – born at the end of June 2020 and just missing last year’s Kwita Izina- this young male was born to mother Rugira. The new arrival brings further stability to the group after several years of comings and goings. Musilikale formed the group when he left the Pablo family at the age of 15. The silverback is known to be extra protective of his females and is always looking to bring in new potential mates. 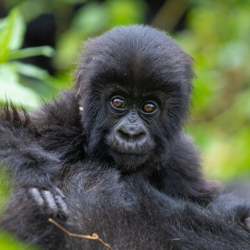 At the very start of the year, Africa, one of six adult females in the Isimbi group, gave birth to a male infant. This brings the mountain gorilla family up to 18 members, making it one of the fastest-growing as well as the most youthful of all groups in the Virungas. The new arrival is one of six infants, along with a further five juveniles, with no blackbacks likely to threaten dominant silverback Muturengere anytime soon. 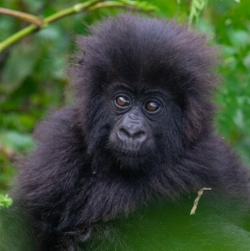 The Ntambara welcomed their latest member on 24 December 2020. The young male is the second offspring of Tegereza who at 21-years-old is one of the oldest mountain gorilla mothers in the Virunga forests. Rangers report that the group, which is now stable after years of disruption from ambitious lone silverbacks, is doing well and that Tegereza is adapting to life as an older mother well.

You can help protect the next generation of mountain gorillas by adopting a gorilla.